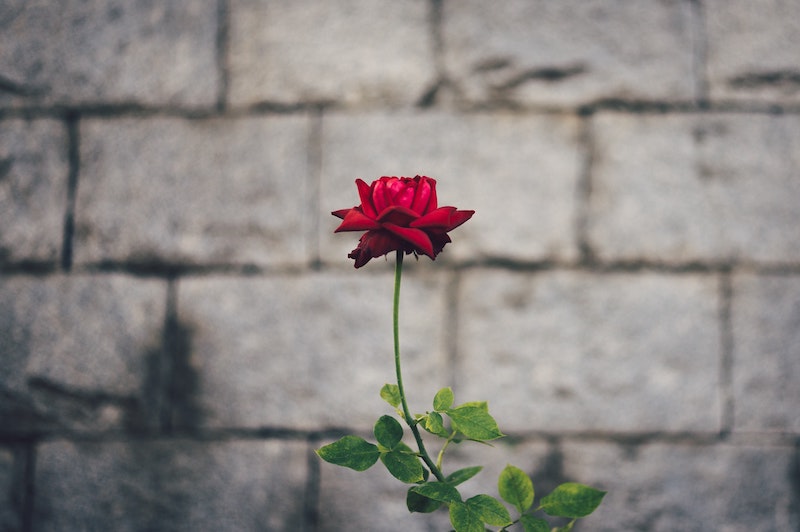 Image by Masaki Komori on Unsplash.

Recently I met a very nice doctor, connected with a major medical center, whose specialties include “LGBT.” Presumably, that means he not only welcomes patients who fit those categories; he’s also studied the research and understands their special needs.

This designation represents a major advance in medical thinking. “Homosexuality” as an official DSM diagnosis was removed in 1973 – just about fifty years ago.

Now it’s time to cross the next frontier.

“Single” has always carried a stigma in many societies. Medical encounters often reflect the norms of the society where they’re embedded. They assume “single” means “wish I were married.” Some also believe “single” means “lonely,” which in turn means “depressed.”

The truth is, many people are single by choice. They’re perfectly happy with their status. They only have problems when they bump up against society’s prejudices. Doesn’t that sound like many gay people and lesbians, not all that long ago, and even sometimes today?

Anthony Storr, a British psychiatrist, published a book, Solitude, in 1988. Freud talked about love and work, he says. but psychology tends to focus on “love.” Not everyone wants to be in a relationship. Some people want to focus on their work.

Bella DePaulo, an American sociologist, published Singled Out, in 2007 – almost exactly 20 years later. Her book includes a chapter debunking the “scholarly” research suggesting that being married is better for mental health.

One article, published just about one year ago, explored the association between “depressive symptoms” and marital status, based on a cohort of Finish residents studied from 1983 to 2019.

“The original study population included all Finnish-speaking ninth-grade pupils attending secondary schools in the spring of 1983 in Tampere, an industrial university city in southern Finland with 166,000 inhabitants at that time.” The authors note the possibility of cohort effects: ninth grade pupils in 1983 were probably born around 1969. They would undoubtedly absorb cultural influences and norms regarding marriage from parents who would have been born in the 1940s

In any case, the depressive symptoms have been associated with men more than women. As women get older, they stop reporting feelings of depression and appear to be enjoying life – even in that study.

If you just read the headlines, you’ll miss the facts.

Unfortunately, many medical and mental health professionals still maintain outdated beliefs about single people. I belong to a Facebook group for single people who aren’t interested in coupling up. From time to time, we see references to psychotherapists who insist, “If you’d get into a relationship your problems would go away.”

The medical world isn’t much better. In particular, the field of gynecology seems to be based on a firm association between “being female” and “child-bearing.”

For some reason, the field has failed to separate the OB from the GYN. If you want to be a gynecologist, you must also deliver babies.  In an era where orthopedic surgeons specialize in body parts (a leg specialist won’t look at your knee), all female conditions remain grouped together.

Yet women can experience all sorts of pathologies that are completely unrelated to childbirth or reproductive health. Without getting too graphic, women can get polyps, cysts, and growths. These conditions get treated with surgery – often micro forms of surgery.

You can’t go into this field unless you feel positive about delivering babies. So how does the OB doctor respond to a single woman who’s here for the GYN but never wanted children.

I shudder when I hear suggestions about evaluating mental health during a primary care visit. I can just imagine a doctor thinking, “Hmm….single…probably lonely…probably depressed.”

The medical world assumes everyone comes equipped with two loving parents till you turn 18. Then they assume you’ve got a husband and grown children.

If you don’t share those increasingly rare qualities, you’d better not need anything except a walk-in visit.

Once, before a minor outpatient surgery, I asked the doctor’s surgery coordinator for post-op instructions. She said, “The nurse will give them to you after the operation.”

I had to explain that I needed to know ahead of time. Miraculously, I had found a friend to pick me up after the surgery. But she wouldn’t have time for a drugstore detour. If I needed cold compresses, they wouldn’t miraculously appear in my freezer compartment. I had to buy them the day before.

This whole single-person scenario was beyond the imagination of the medical office.

We’re starting to recognize that different populations require unique medical expertise. If we can’t have “single people” as a medical specialty, at least we should begin educating medical professionals about our needs.

As a minimum, dealing with the medical world can be an unpleasant experience for a single-by-choice adult. Worse, I’m willing to bet many single people stay away from doctors. We don’t need studies on “depressive symptoms.”

If you liked this post, you’d probably like my book – When I Get Old I Plan To Be A Bitch. Click here for the link to buy and the trigger warnings!