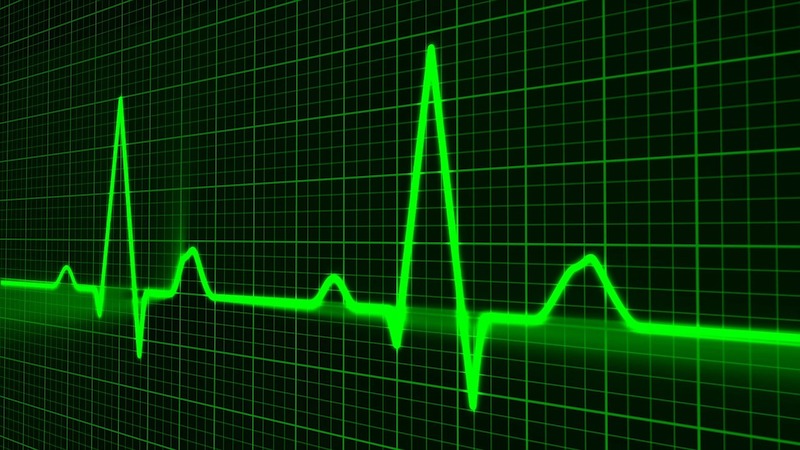 Recently I came across an article on Medium advising on various things to do as you get older. One suggestion was,  “Don’t second-guess your doctors.”

Unfortunately, that advice can be dangerous. Another Medium article talks about rescuing an 87-year-old from over-eager (and possibly over-greedy) doctors in a hospice center.

I would NOT say, “Completely ignore your doctor’s advice if you don’t like it.” I’d encourage everyone to seek second opinions from qualified professionals.

But you can’t blindly follow your doctor’s advice either.

Sometimes you won’t know you’ve got a problem till you google it.

Contrary to popular myth, it’s not easy to sue anyone in the medical field. If you win, you get dollars, but you might already be dead or permanently disabled.

So it’s best to avoid the problem in the first place. Here’s why you need to be alert (and what to do).

iMPORTANT:  I hold a doctorate in business, not medicine. I’m not qualified to give medical advice. This article is based on my experience, reading, and opinions.

Doctors get busy. Nurses and techs adhere to policies and protocols. There aren’t as many checks and balances as you might think. Here are 3 true stories with names and details changed.

(A) Mary showed up in the ER of a top-rated hospital with vague stomach discomfort. The staff didn’t believe she could have a serious problem with so little pain.

Mary called a distant relative in the medical field. He was able to intervene and get her a CT scan.

Diagnosis: Her appendix had burst and she needed emergency surgery. If she’d relied on the staff, she’d have become seriously ill and perhaps even died.

(B) Following a lab tissue text, Janice’s doctor wrote on her chart,  “No sign of disease, no further action needed.” Janice was surprised: the lab report seemed to be positive and the pathologist recommended “further evaluation.”

Two months later, Janice had symptoms that landed her in the ER. That’s when she learned her previous test result wasn’t negative at all. In fact, it should have triggered immediate follow-up imaging.  She experienced delayed diagnosis and treatment of a condition that turned out to be life-threatening.

(C) Louanne was diagnosed with high blood pressure. She made several office visits and even visited a cardiologist, getting more stressed each time.

One day a tech suggested using a different machine to take her blood pressure. Louanne was perfectly normal! When she googled “high blood pressure,” she learned the current standard is to use a home monitor rather than a single reading in a medical office.

Your best option is to look at the results of every test, scan, or image. Ask for explanations if something seems off. Google your diagnosis.

When you get a machine-based diagnosis like “osteoporosis” or “high blood pressure,” get a second reading with different equipment at a different time of day.

You have to be persistent and it’s not always easy. You have long wait times to see a specialist and get a second opinion, while you may have a fast-growing, potentially fatal condition. Sometimes your PCP can help; sometimes they don’t want to get involved. Don’t be afraid to write to a department head or senior administrator. It’s your life, not theirs.

2 – Doctors (and their staff) like to take things one step at a time.

If you’re dealing with a problem or diagnosis, doctors like to go one step at a time.

Then, “You need to get a blood test.”

Then…well, who knows? Often you can save steps and stress if you get the Big Picture. But you have to ask.

In particular, if you’re having surgery, you need to plan ahead.

When I had minor outpatient surgery, I asked for the post-op instructions. The grumpy surgical coordinator said, “The nurse will give them to you after surgery.”

But after surgery you’ll just want to go home.  Even if you’ve got a loving family at your beck and call, you can’t always stop on the way.  The item you need might not be available. You might need things from multiple stores. You might prefer to order online.

Even worse, you might need to hire someone to do things you can’t do for the next 2 weeks. For some reason, the surgical coordinator assumes you can take care of all this at the last minute, while you’re still so groggy they won’t let you go home alone.

Don’t be surprised if the post-surgical instructions turn out to be incomplete and poorly written.  Don’t assume the doctors have any idea what you’re being told. Insist on getting everything ahead of time and tell the staff if they’re impossible to follow. Expect them to be surprised: I have a hunch most people don’t even read them.

We tend to assume doctors deal in science, not sentiment.  But doctors can be driven by emotions. They may have been trained to believe patients want empathy and emotion, especially their female patients.

Remember the availability heuristic. Like everyone else, doctors remember their most recent, most vivid experiences.

One doctor tried to persuade me to undergo a bone density test. If I had low bone density, they’d prescribe bisphosphonates.

In the studies I found, the absolute difference in hip fractures between the treated group (i.e., those who got bisphosphonates) and the placebo group was very low – sometimes around 1%.  I also discovered that osteopenia was invented by the Merck company in 1994. In fact, the whole topic is controversial: an orthopedic surgeon advised skipping the tests and working on muscle-building.

The doctor didn’t tell me any of this. Instead, he talked about treating someone with severe osteoporosis – someone who’d disregarded his advice and couldn’t walk anymore. He painted a truly pathetic picture.

He didn’t tell me that osteoporosis is actually pretty rare…and that he was talking about someone a good 20 years older.

But of course, he was. He clearly thought I was not being rational…even though I was citing numbers and he was telling a story.

Doctors don’t always base recommendations on the numbers.

In an article in The Oncologist, Dr. Moshe Frenkel writes about Suzanna, a patient who declined chemo for advanced breast cancer. Her prognosis was poor. Her oncologist was furious with her decision. He gave her six months to live.

Suzanna asked Dr. Frenkel to review journal articles on the effectiveness of chemotherapy. He expected success rates of 70% or more; what he found was closer to 30%.  Even more surprisingly,  the absolute difference between treated and untreated patients’ survival rates was around six percent.

Suzanna held firm on her decision to decline the chemo. Ten years later she was alive and thriving. She wrote a book about her experience, which unfortunately is out of print.

The point isn’t that Suzanna did just fine without chemo. The point is that the doctor admitted he was making projections based on unfounded beliefs, not science. As a result, he initially dismissed Suzanne as non-compliant, resistant, and even crazy.

But if you ask around, almost anyone who’s seen a doctor in the past two years will report at least one error or misunderstanding.

Anyway, sometimes the “rare’ mistake is about YOU. Then you feel less like a statistic and more like a horror story.

Next time you hear jokes about patients consulting “Dr. Google” or snarky remarks about self-diagnosis, remember that you will be your own best advocate. Nobody cares about your health as much as you (and possibly your close family members). Nobody has the time to research your unique condition and look up the research. Busy doctors tend to use guidelines, which are often based as much on politics and economics, not science.

It can be frustrating. It’s inevitably time-consuming.

You find yourself thinking, “That’s their job. I’m paying them, directly or via my insurance company. I’m supposed to be able to trust them.”

Getting a second opinion can be a nightmare. It’s always scary. Doctors claim they don’t mind if you get a second opinion. They do it for their own families. But they’re rarely happy about it.

Think of the famous proverb: “Trust, but verify.” That’s your guideline for dealing with close encounters of the medical kind.