They’re not too old for tech: tech’s scared of them. 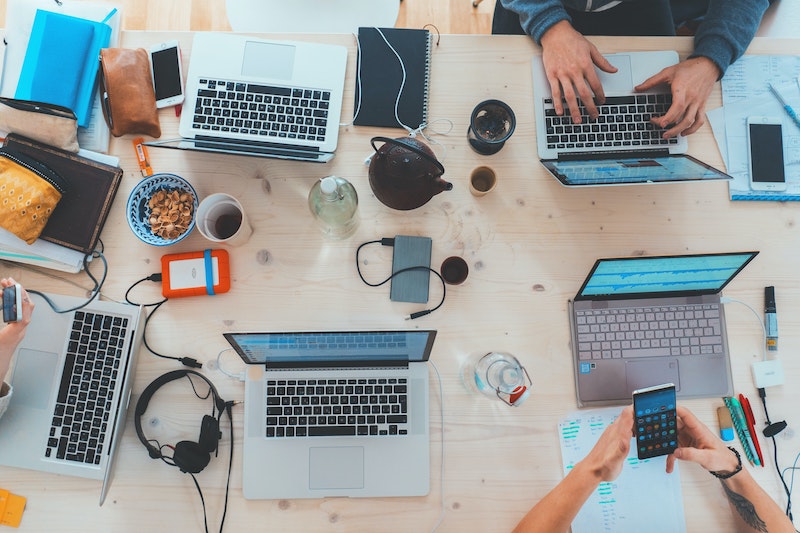 Image by Marvin Mayer on Unsplash.

In late 2021 I was on a group call related to podcasting. One woman mentioned that she had a podcast and was looking into doing something with TikTok. “Imagine, at 68 I’m using TikTok,” she said ironically.
A male member of the group replied, “Nice to see seniors getting involved in tech.”

You could hear the condescension dripping through the comment…which showed his ignorance.

A blog targeting women over sixty just recently ran a post about fear of technology among seniors.

A well-known blogging “expert” told a webinar audience – less than 3 years ago — not to bother starting a blog about retirement or aging.
“People that age don’t read blogs,” he said firmly.

Even worse, an ad for a software product showed a smiling little old lady (gray hair, wrinkles, sweet smile) with the caption, “So simple even Grandma could use it.” If I ran the world, that company would be prosecuted for hate crimes.

The truth is, you can’t assume people over 60 – or even over 80 – are clueless about tech. At a minimum, you may insult them and draw a scathing reply. At worst, you’ll set up a business to drive away prospective clients.

(1) The association between age and tech is a cohort effect, not an age effect.

That 68-year-old woman was born around 1953 at the earliest. She’d see that Apple commercial around age 30.

WordPress was released in 2003 when. she would be 50…still young enough to hold a responsible job, unless she took a hit with age discrimination.

We often see surveys tracking “elder” use of technology. These surveys are laughable.

Naturally we’ll see an increase in tech use, not because the older people are getting smarter. As tech-savvy people get older and become eligible for age discrimination, they’ll raise the tech literacy rate.

(2) The specific tech we use at any age will depend on their career and personal needs.

I’ve built websites but never used the group feature on cell phones because I never needed it.

Lots of people in their sixties and seventies are editing movies for their grandchildren; they may have family groups on their cellphones but lack interest in starting a blog.

I knew a 90-year-old man, trapped in a nursing home, who used cell phones, email, and a PC right up till he died. He had trouble with zoom, because he’d never used it. But he navigated the web and became very familiar with YouTube.

It is extremely cruel to perpetuate the image of seniors fearing tech.

People in their sixties and seventies – and even eighties and nineties – often want to keep working. They don’t need to fight outdated stereotypes.

Lots of “older” people have turned to online businesses because they weren’t accepted in the corporate world. The irony is, they’re juggling half a dozen types of software, creating blogs and podcasts, and using TikTok strategically to market their companies.