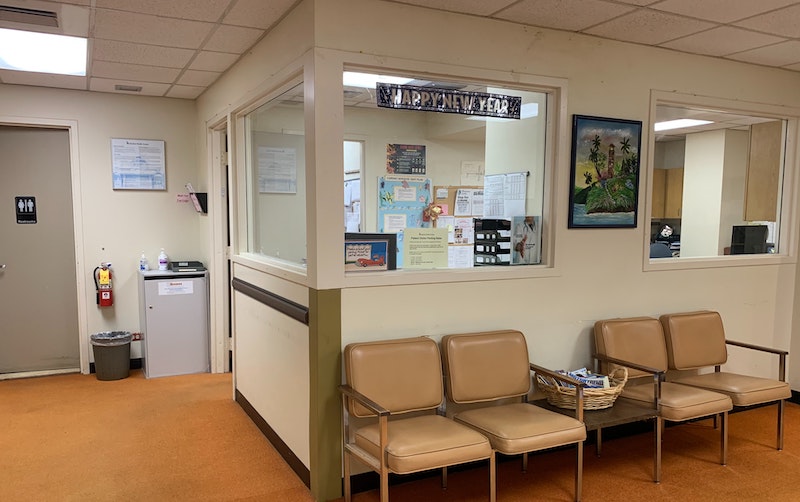 Image by R O from Unsplash.

For the life of me, I can’t understand why doctors and dentists have added television sets to their waiting rooms. It’s become a popular practice. Even more, there’s a huge industry dedicated to putting a TV set in every waiting room.

I know people who refuse to wait in a room with a blaring television. I complain to the receptionist, who invariably points to one person who’s watching. It’s not clear why the presence of a few watchers should justify annoying the majority.

I respond by refusing to allow them to take my blood pressure. I’m annoyed not just by the intrusive noise, but also because it adds insult to injury.

The worst part of dealing with doctors (and their nurses, techs, receptionists, and surgery coordinators) is being disrespected. Many show a complete disregard for their patients’ time and intelligence. They require you to complete forms after you’ve entered all the information online. They talk down to you. They don’t even try to see you on time. They don’t tell you they’re running late, let alone offer you the opportunity to leave and come back.

And now they decide how you should spend your waiting time, totally removing any opportunity to use your wait time to be productive, create an enjoyable experience by reading your own book or using your own electronic devices, or try a relaxation technique. They discriminate against people who don’t watch television, who will therefore find TV even more stressful. It’s a continuance of medical discrimination against women, single people, “older” people, ethnic groups, and basically anyone who isn’t a 35-year-old white heterosexual married male who follows directions without asking questions.

Like many components of modern medicine, television actually does harm.

Many people find medical procedures stressful. The ideal way to prepare would be to sit quietly, perhaps even meditate. Some of us even escape into our own reading material. A loud program that’s completely irrelevant or even offensive actually adds to our stress.

Television noise is guaranteed to be annoying in medical settings.

In a largeish waiting room, the noise level must be turned up high so anyone seated in the back can hear it. Meanwhile, if you try to distance from others (as big signs advise you to do), you might have trouble seeing the television set comfortably. You get all the noise and none of the benefits.

In a small room you can’t escape. You can’t read. You can’t hear your own device through earphones (even if you’re allowed to use those devices, you risk missing your call if you use earphones or earplugs).

The choice of content won’t just fail to please everyone. It creates a great deal of stress among a significant percentage of patients.

I once went to a primary care doctor whose office TV featured the Food Channel. While he counseled his patients to eat seafood and salad, the screens showed mouth-watering images of pies and cakes.

Some offices show “educational material.”  You’re forced to watch commercials for procedures you’ve already had and won’t have again (such as certain types of eye surgery). You might not be a candidate for the products and services they sell (and yes, they’re aggressively selling). You might already know the material well and you get irritated with inaccurate information.

Long wait? These programs run on a loop and you’re forced to endure them over and over again.

Many offices choose news station.  Now you’ve got the battle between Fox News and CNN. After being forced to listen to Fox News, a columnist in the Tampa Bay Times wrote

I believe that if a medical office wants to make its waiting room into a satellite headquarters for a particular political party or candidate, it should offer brochures, lapel buttons, and bumper stickers that don’t make a sound. That way, people can either pick up the campaign material or ignore it…

But to subject patients who are often already nervous about an upcoming diagnosis or procedure to a braying voice that only increases stress is cruel and unusual punishment and has no place in a facility that is supposed to be for healing.

Then there’s daytime television. Who wants to get halfway through an episode of Judge Judy only to be called into the office before the ending? There’s another stress factor.

Even worse, an anonymous author in the Health Care Design blog found herself listening to a news report about dangerously unsafe conditions in hospitals! She points out that television in waiting rooms can be “a gamble,” as certain programs effectively increase stress.

Why do we need television at all?

Richard C. Senelick is a neurologist and author. Writing in Huffington Post, he was horrified to find television sets in the waiting room of his own clinic:

But who decided that we would be better off watching a television? Did the transformation of the television from a large, clunky box to a shiny, sleek, attractive flat screen promote its invasion into our quiet zones?…I can’t find a single study that shows any legitimate health benefit to support their presence in a doctor’s office, but I can think of 100 reasons to take them out.”

Anecdotal evidence shows the controversy. In one forum, the original question was posed by someone who worked for a group of allergists. One patient complained about the television. With the usual medical arrogance, the doctor’s office felt they should ignore her.

The responses were pretty consistent. A few people said they liked to have a television for long waits but nobody spoke enthusiastically about the televisions. Certainly nobody said they’d go out of their way to choose a practice with a television set. This comment echos my views precisely:

My favorite comment was from someone who appears to be a medical professional, as he or she refers to “our practice:”

I despise TVs in waiting rooms. We intentionally avoided them when we opened our practice. I know it’s modern medicine, but needing TVs is a symptom of bigger things that make patients wait far too long. No one wants to address the elephant in the room, but people wait too long when we see too many patients.

I haven’t seen any studies of television in waiting rooms. However, a British study of HIV patients found that people want to use their time constructively. When people expected to wait, they brought laptops, iPads, and reading materials. This study was qualitative so we couldn’t get percentages who preferred one intervention or another.

As I say in my book, if you complain,  you have to be willing to be seen as uppity, difficult, or worse. But it’s the only way to make change happen.

If more people would speak up, we would see a change. Let them know. And if you switch doctors because of the waiting room, make sure they know why.